In spite of the ubiquitous nature of IDPs, the molecular mechanisms regulating their interactions are poorly understood. We use NMR to describe the conformational space sampled by IDPs,2 to investigate the characteristic timescales of their intrinsic dynamics3,4 and to map their complex molecular recognition trajectories. Examples include the replication machinery of paramyxoviruses, where the highly disordered phospho- and nucleoproteins interact to initiate transcription and replication,5 the JNK signalling pathway, where specificity is controlled by disordered domains of MAP kinases,6 or the nuclear pore, where weak interactions between nuclear transporters and highly flexible chains containing multiple short recognition motifs, facilitate fast passage into the nucleus.7 Finally, a combination of solution techniques reveals large-scale domain dynamics in Influenza polymerase that are essential for import into the nucleus of the infected cell. 8 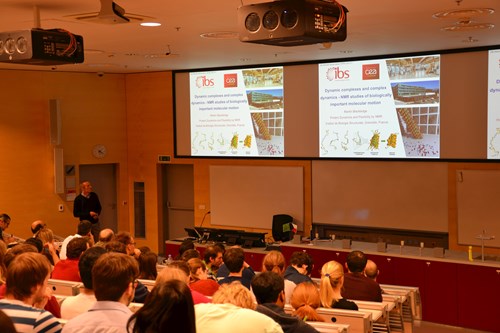 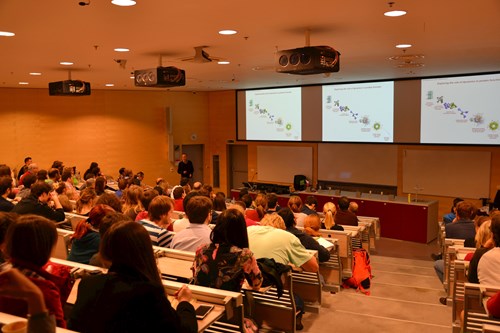 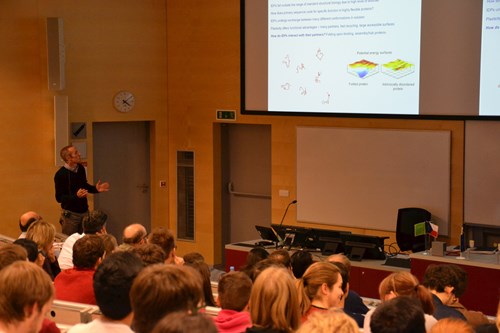