High-throughput sequencing has uncovered a tremendous complexity of mammalian transcription. However, whereas many studies have been dedicated to the mapping of alternative promoters and to their functional exploration, the equally large diversity of polyadenylation sites has been much less studied. Alternative polyadenylation seems to be linked to basic cellular programs: the length of 3' untranslated regions (3' UTRs) increases during cell differentiation and decreases upon lymphocyte activation or malignant transformation. Strikingly, the upstream regulators or the functional relevance of 3' UTR forms are poorly understood. To fill this gap, our group has developed methods for mapping and analyzing the usage of pre-mRNA 3' ends in a broad range of conditions. We have thereby found that the cleavage factor I, a core component of the cleavage and polyadenylation machinery in humans, is a key regulator of 3' UTR lengths. We have further characterized the role of the heterogeneous ribonucleoprotein C in polyadenylation, and found that it appears to have far-reaching consequences on the localization of the proteins that are encoded by the regulated transcripts. Currently, we develop methods to further explore the functions of transcripts forms that result from alternative choices of polyadenylation sites, particularly in the context of human cancers. 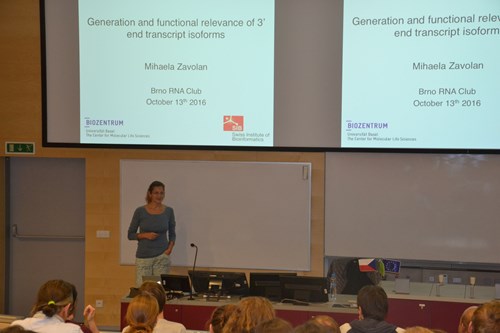 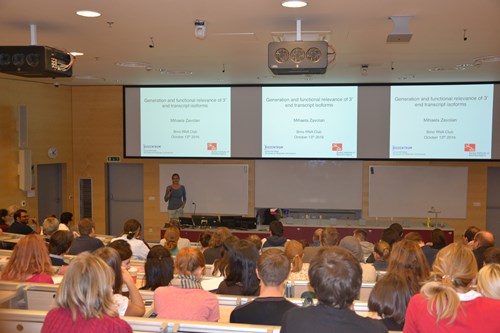