Apical hook is a structure that forms by the bending of the hypocotyl and protects the shoot apical meristem from being damaged by soil interface.

We had earlier identified Echidna (ECH), a trans-Golgi-network (TGN) localized protein in Arabidopsis to be required for the hook development. ECH is a key player in the plant secretory pathway and loss of ECH causes a reduction in secretory vesicle formation in the TGN. Loss of function in ECH results in reduced secretion of auxin influx carrier AUX1 and resultant insensitivity to plant hormone ethylene.

To gain an insight into the function and molecular interactors of ECH, an ems-suppressor screen was done on the ech mutant. The screen identified an intergenic suppressor allele which was named Back To Normal-1 (BTN1). I will describe our latest results on the characterization of BTN1 and the mechanism by which BTN1suppresses secretory and developmental defects resulting from loss of ECH. 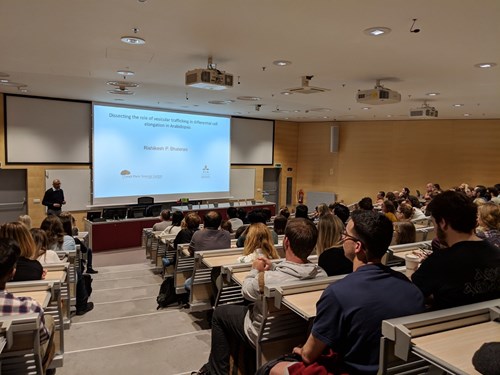 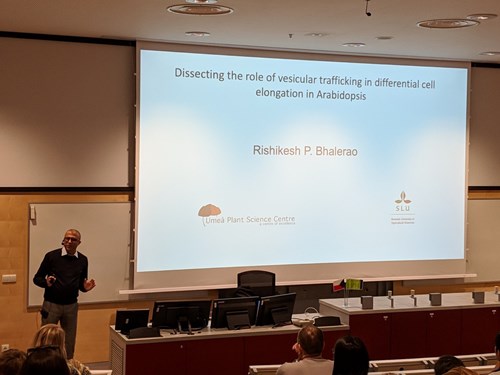 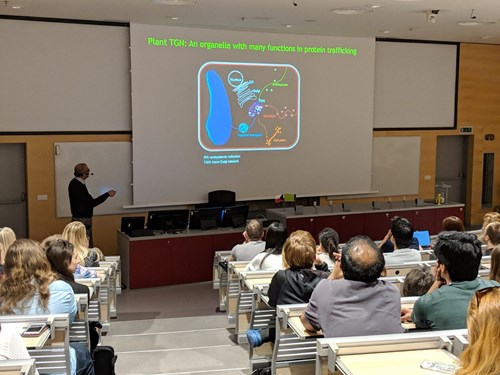 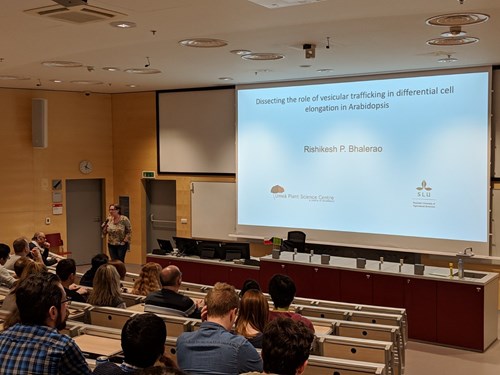