Prof. Calin's main research interests are: 1) the involvement of non-coding RNAs in human diseases in general and of microRNAs in human cancers in particular, 2) the study of familial predisposition to human cancers, 3) the identification of ncRNA biomarkers in body fluids, and 4) the development of new RNA-basedtherapeutic options for cancer patients.

The newly discovered differential expression in numerous tissues, key cellular processes and multiple diseases for several families of long and short non-coding RNAs (ncRNAs, RNAs that do not codify for proteins but for RNAs with regulatory functions), including the already famous class of microRNAs (miRNAs) strongly suggest that the scientific and medical communities have significantly underestimated the spectrum of ncRNAs whose altered expression has significant consequences in diseases.

MicroRNA and other short or long non-coding RNAs alterations are involved in the initiation, progression, and metastases of human cancer. The main molecular alterations are represented by variations in gene expression, usually mild and with consequences for a vast number of target protein-coding genes. The causes of the widespread differential expression of non-coding RNAs in malignant compared with normal cells can be explained by the location of these genes in cancer-associated genomic regions, by epigenetic mechanisms and by alterations in the processing machinery.

MicroRNA and other short or long non-coding RNAs expression profiling of human tumors have identified signatures associated with diagnosis, staging, progression, prognosis, and response to treatment. In addition, profiling has been exploited to identify non-coding RNAs that may represent downstream targets of activated oncogenic pathways or that are targeting protein-coding genes involved in cancer.

Recent studies proved that miRNAs and non-coding ultraconserved genes are the main candidates for the elusive class of cancer predisposing genes and that other types of non-coding RNAs participate in the genetic puzzle giving rise to the malignant phenotype. Last, but not least, the shown expression correlations of these new ncRNAs with cancer metastatic potential and overall survival rates suggest that at least some member of these novel classes of molecules could potentially find use as biomarkers or novel therapeutics in cancers and other diseases. 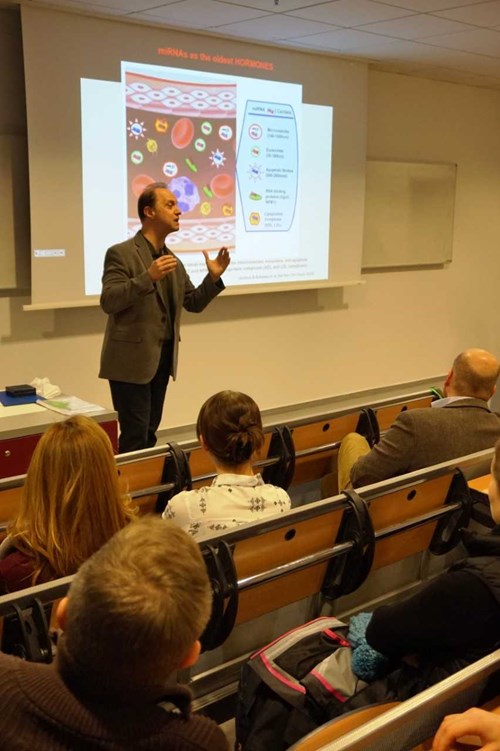 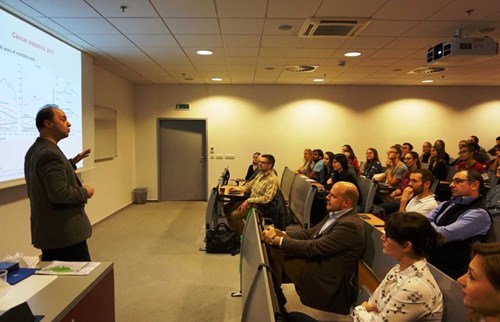 CEITEC_ERA (This project has received funding from the European Union’s FP7 research and innovation programme under grant agreement No. 621368.)